Run This: My Lighthouse Moment

Have you ever heard something for the umpteenth time and feel like you’re hearing it for the first time? Two summers ago, I was sitting in a Bible Study and the teacher referred to Psalm 119:105. 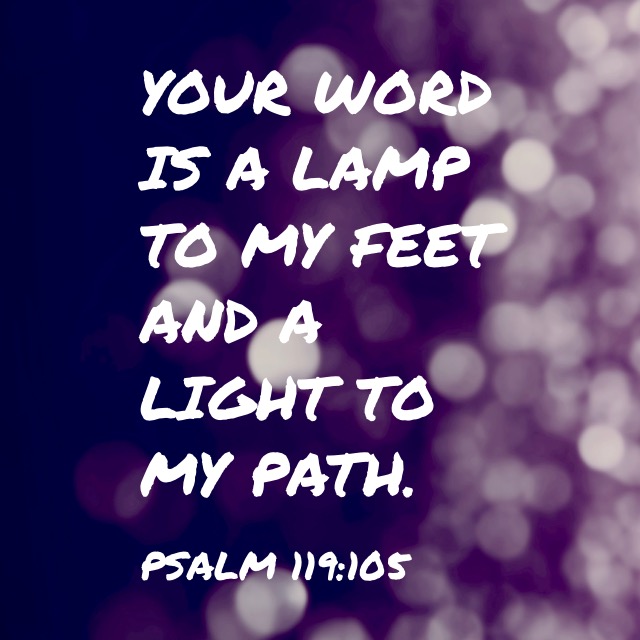 For some reason I’ve pictured this verse as God being like a lighthouse, shining his light for miles. However, when she described it in this particular study I imagined God’s light more like an oil lamp only shining light a few feet in front of me. 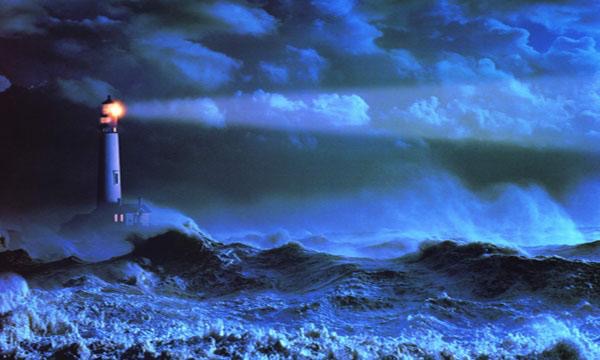 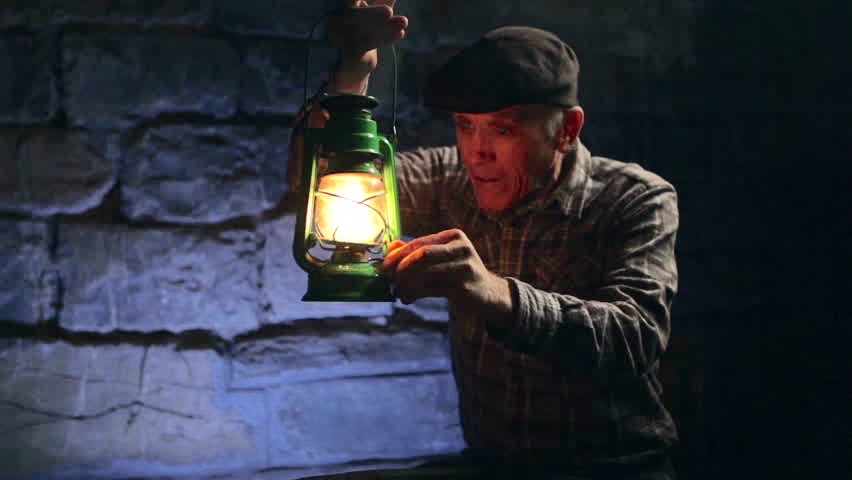 When I think about my journey as a runner and a running coach, God’s light has most certainly been similar to a lamp, only providing light for the next few steps. I think if God would have shown me lighthouse style some of the things he allows me to experience, back then I would have said I think you hired the wrong person for the job.When I took interest in becoming a running coach in 2011, I knew I wanted to work specifically with beginner runners. Over the years the Lord has been a lamp, guiding me step by step. I’m grateful for his oil lamp style of leadership. However, I truly feel Rock N’ Roll Dallas 2016 was one of those moments where God turned on the lighthouse and allowed me to see how far we have come together.

On March 19th I participated in the Road Runners Club of America Level II Certified Coach Pilot Seminar. After a handful of people introduced themselves, I thought Whoa! These folks are the real deal… Wait, they just agreed with my rationale! I guess that makes me the real deal too! Boom Shaka-Laka! Lighthouse moment 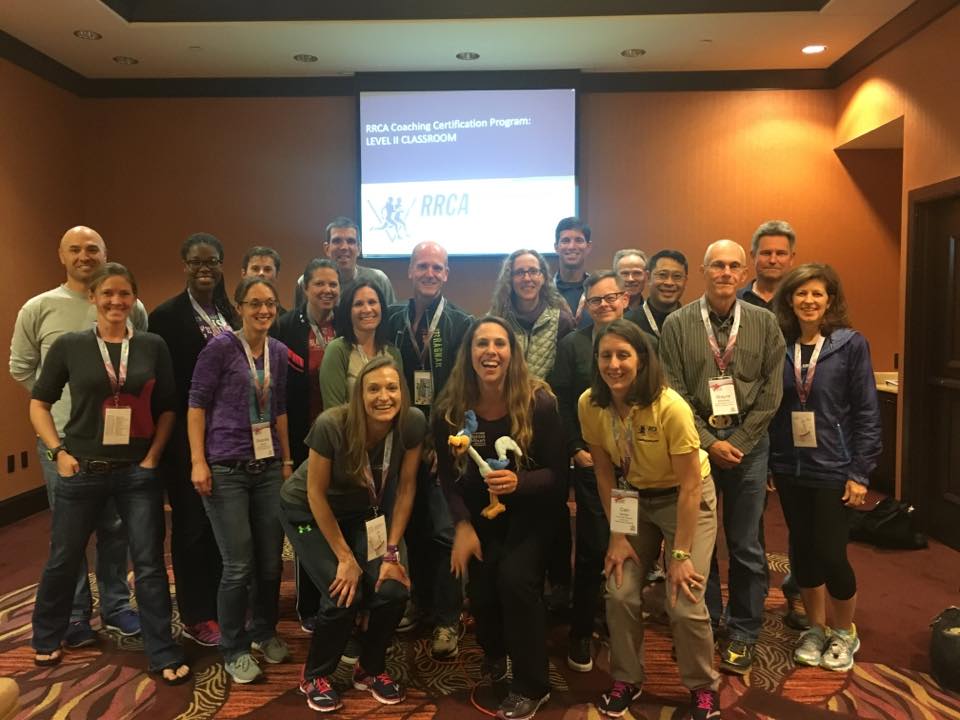 On March 20th I ran into so many friends I’ve gained through the running community. It was a delight to introduce them to my student runner (who literally smashed his first half marathon). Some folks were the first people I met on the running scene. Lighthouse moment. 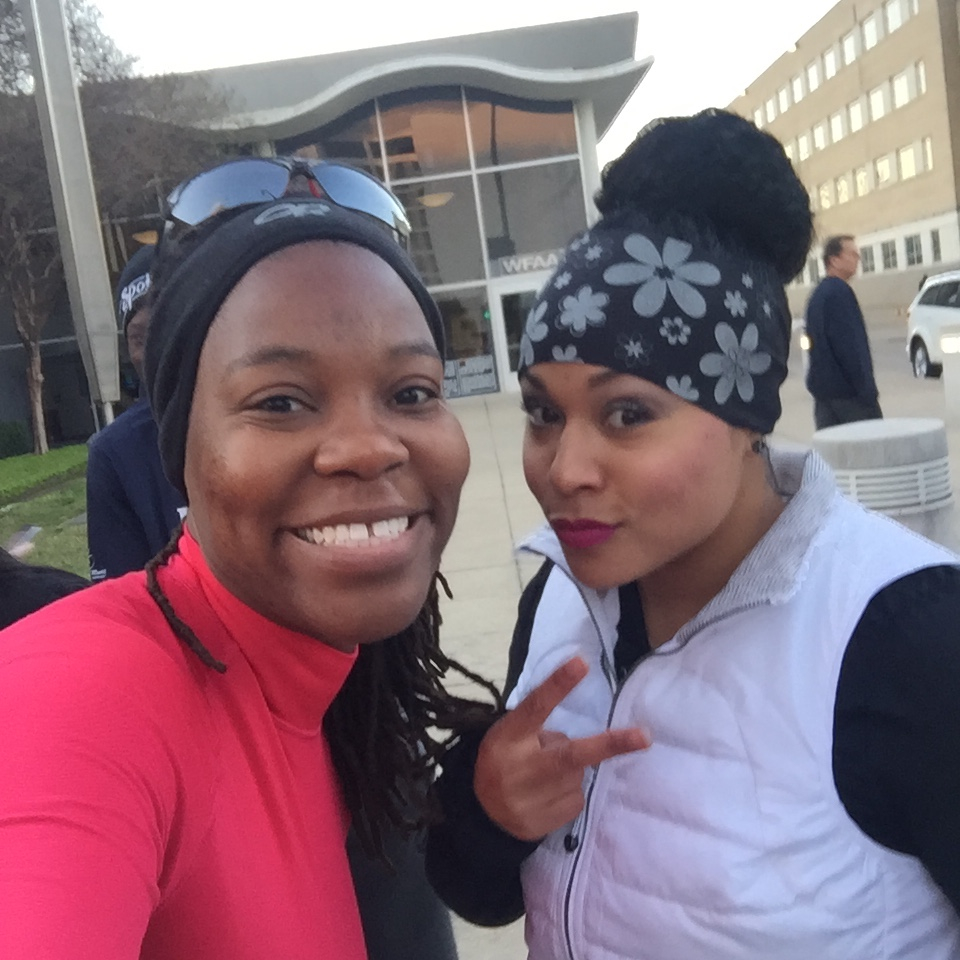 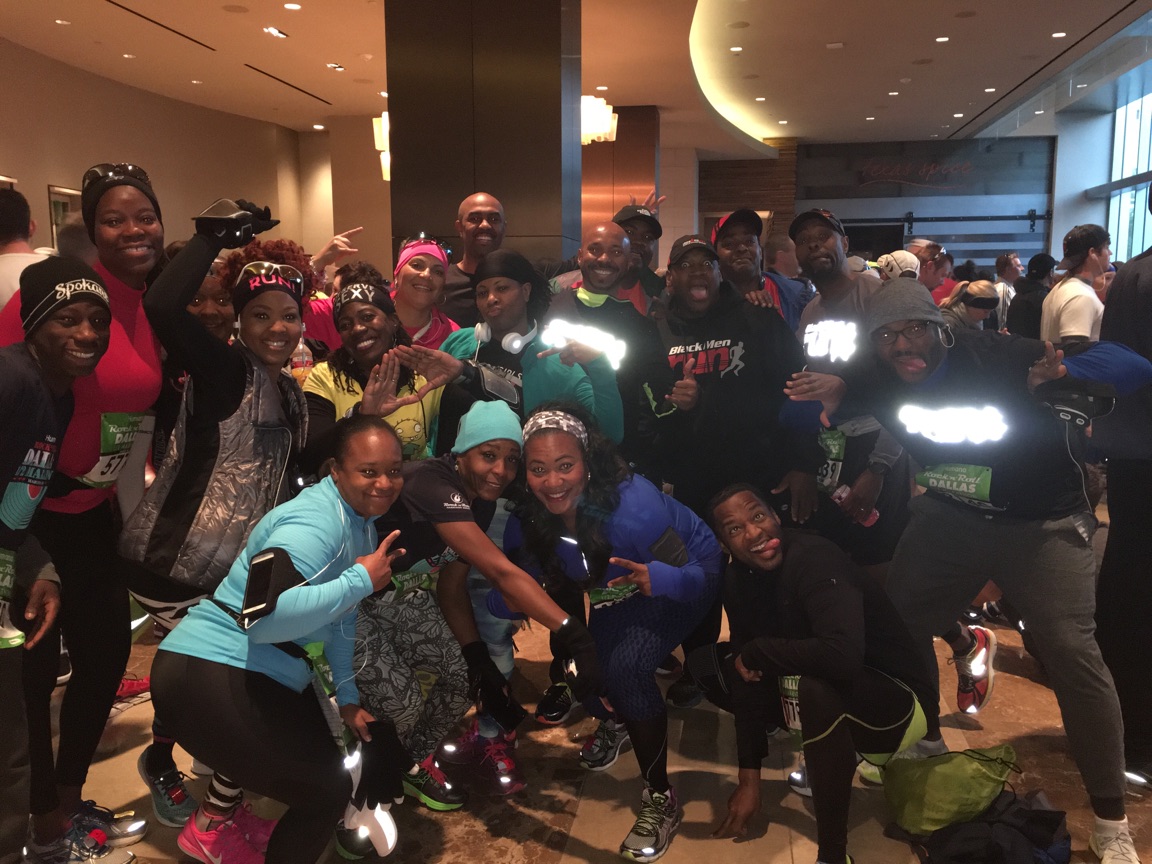 One of the high lights of my race day was running into Mr. Ron. He and his wife took a chance on me four years ago when they signed up for my very first Sole Patrol 5K running program. When preparing for that particular class, I had absolutely no idea what to expect. As Kerrie Berrie and I prepped for the Sole Patrol informational meeting, I remember praying “Lord if 50 people show up, I will praise you. If 5 people show up, I will praise you. No matter what, I want to serve them well.” Mr. Ron was one of the 62 people who registered for that class. Since then he has completed multiple 10Ks, 6 half marathons, and two full marathons. 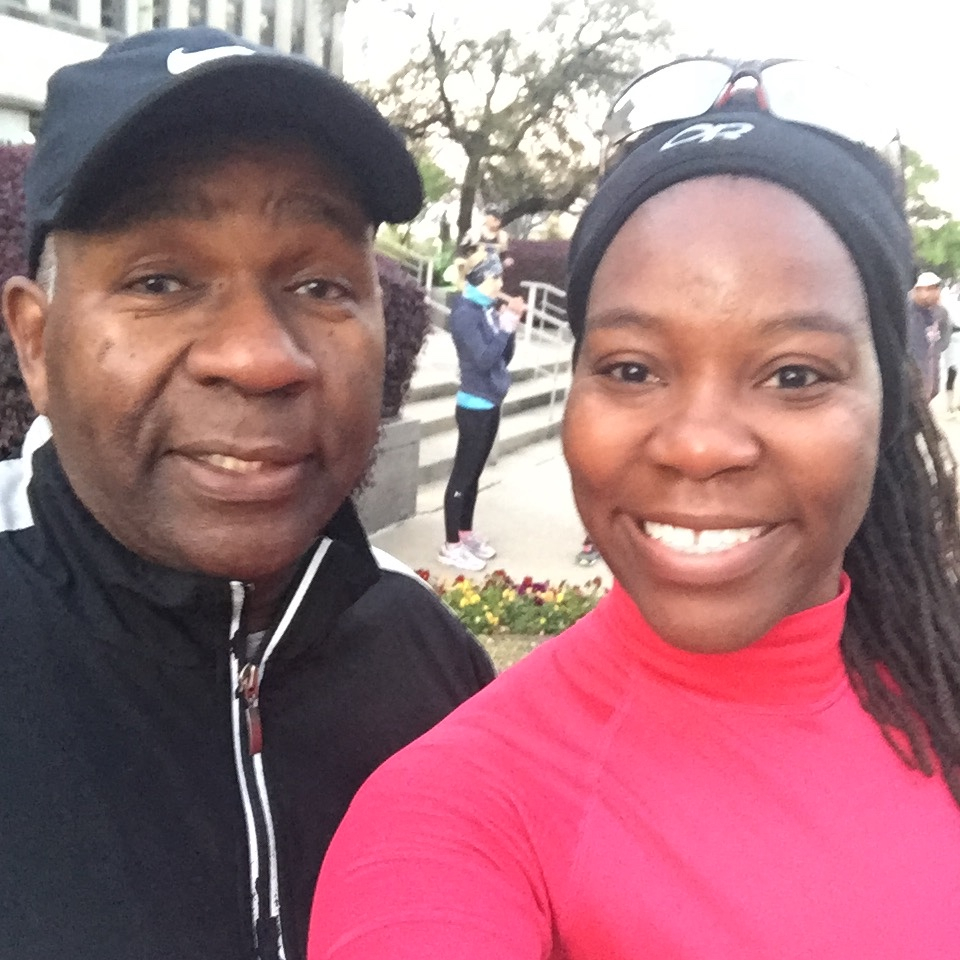 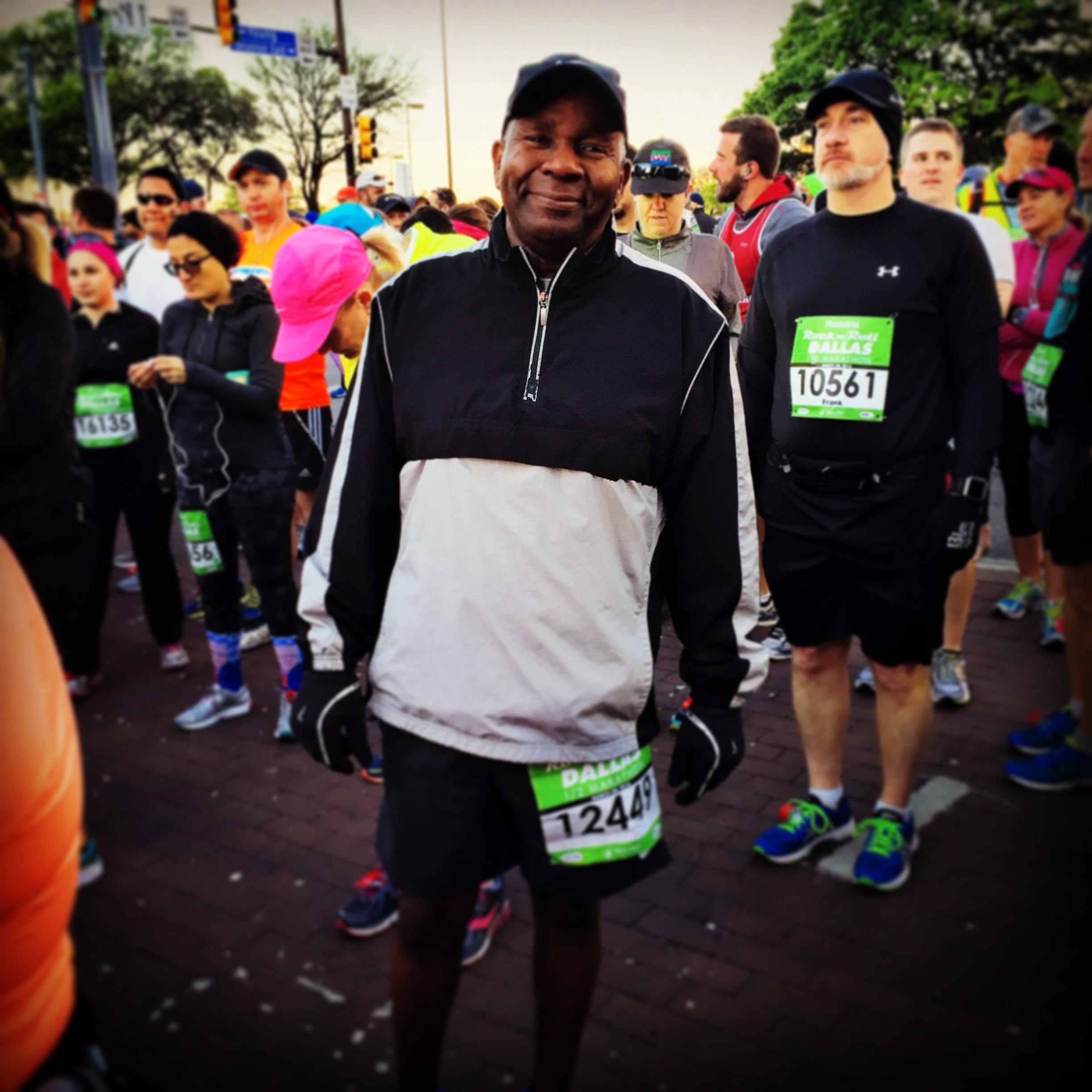 I think it’s every coaches dream to run into their clients years later and learn that what they taught them was not in vain. Lighthouse Moment.After the race, I headed home and decided to upload my pics to the social media universe, while skimming through my responses I saw a comment from a former colleague of mine. To be more descriptive a former colleague from the organization I left in order to pour more time into Runner’s Revelations. Reading her comment warmed my heart because I never had a chance to reconnect once I left. To learn that while training for the half marathon she would go to my book for inspiration was so humbling. Lighthouse Moment 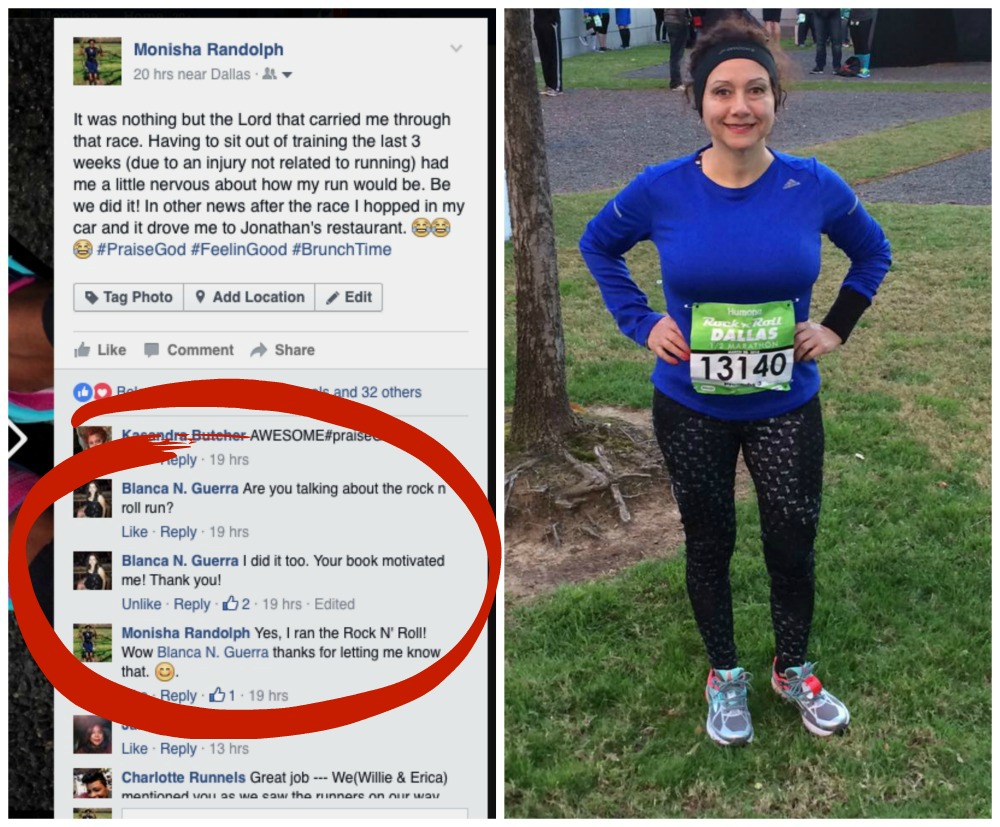 Last but not least, the mentoring that Tony Reed has provided over the years has been life impacting. I don’t think I truly realized the value of his honorable mentions, short emails of advice, and tips on public speaking. Not to mention the National Black Marathoners Association is a key sponsor for my school’s running team #2ndChanceStriders. Seeing Tony’s positive influence on Emmanuel (my student) reminds me how God can use anything as a vehicle to serve and empower others, including running . Lighthouse moment. 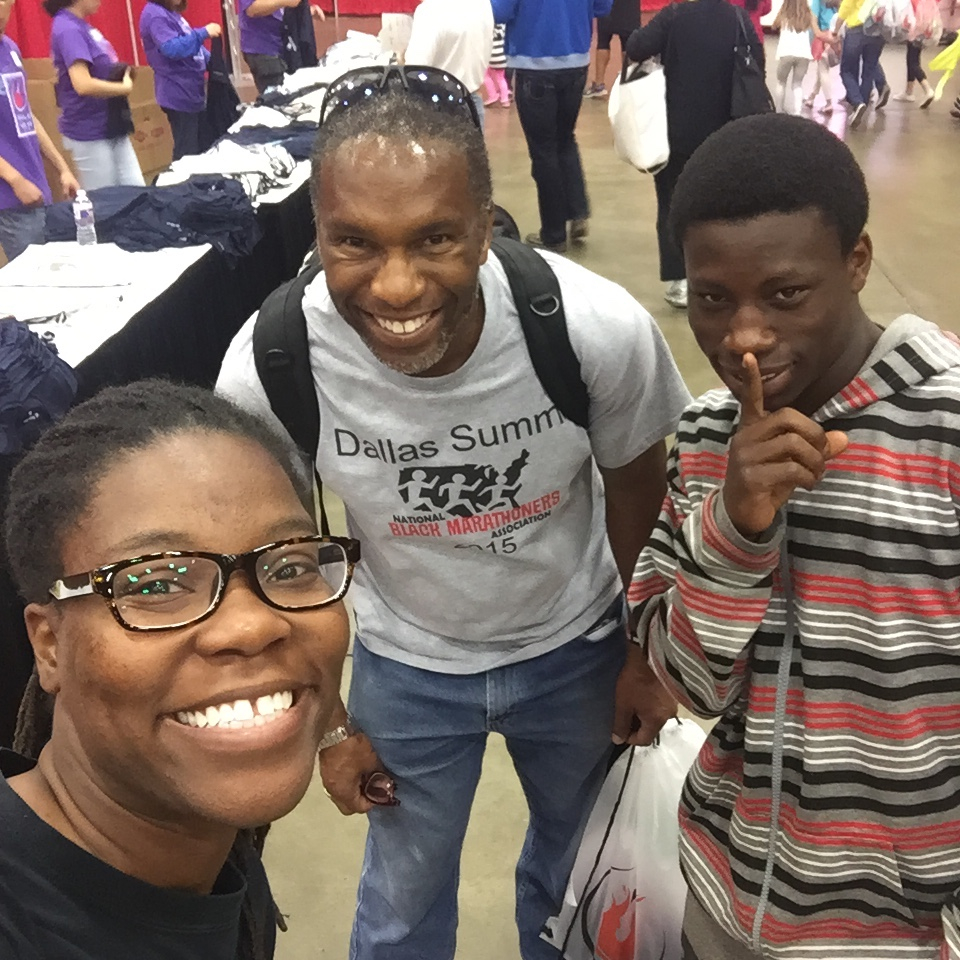 After this weekend, I appreciate God’s oil lamp style of leading me. All of these Lighthouse Moments had me an emotional mess! LOL. We all need reminders of God’s goodness, faithfulness, and his provision. This particular weekend was very encouraging.My prayer is that God gives you a Lighthouse Moment that shows you where and how far he’s taken you via his lamp (Psalm 119:105)